Well, a real contrast to yesterday and I guess it’s good to mix it up. One word can be used to describe today’s ride – tedious! 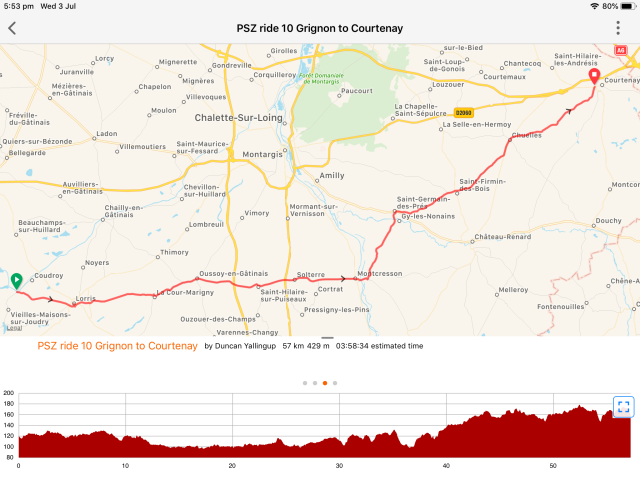 Four hours riding and Km after Km of wheat fields, peppered with corn, a sprinkling of chard but mainly wheat. We blame the French – they eat bread for breakfast, lunch and dinner. 57 km of it, some being harvested. Caused terrible hay fever. This was all mixed in with showers and head winds. All adding up to a day to be endured. 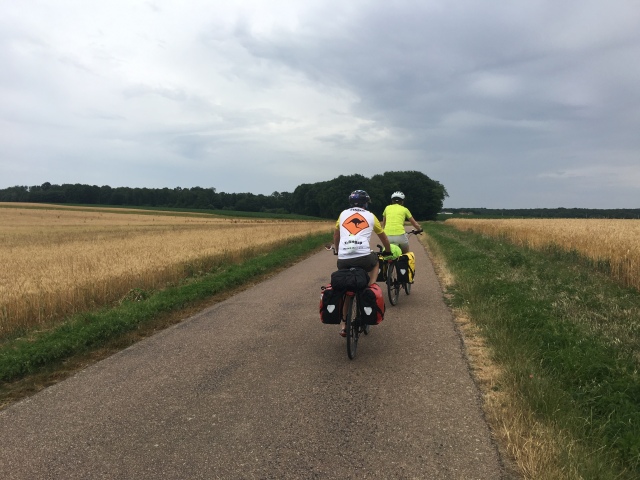 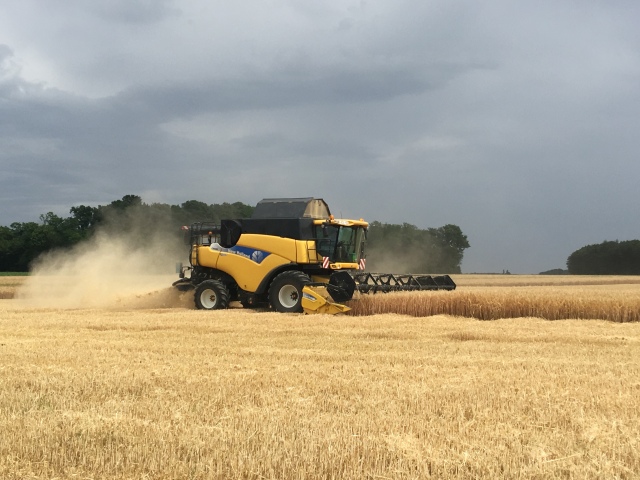 At least it started off well with a delicious breakfast prepared by Sophie, shown below and Flynn her cross English Setter/French Spaniel- a rescue dog which was intrigued by our bikes and gear and followed us everywhere.

Duncan had to work so by the time we really set off it was close to Noon. Thankfully not too hot. 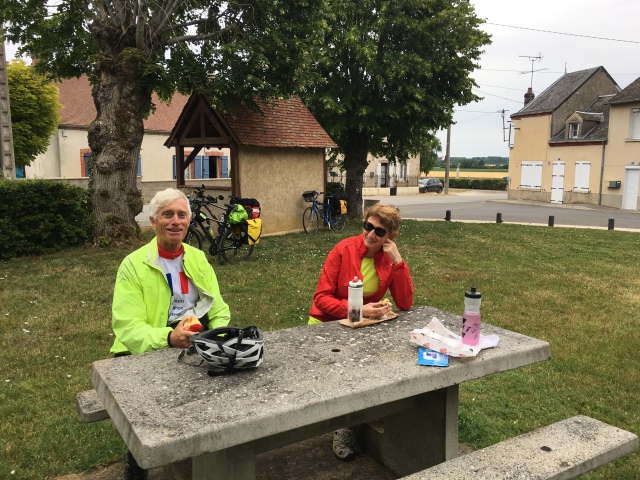 Found an equally uninteresting place to have lunch. One can see why some places in France have cheap properties. Really looking forward to getting back on the rivers. This route could have been improved with following the canal further and cutting out a town. Let’s hope we can get the first 32 km knocked off tomorrow and find some nicer spots.