Just over the half way mark, approx 1200 km. Turning out to be the best riding so far on this trip and would go as far as to say, best riding of all trips for scenery, flat smooth paths, all off road and quiet. 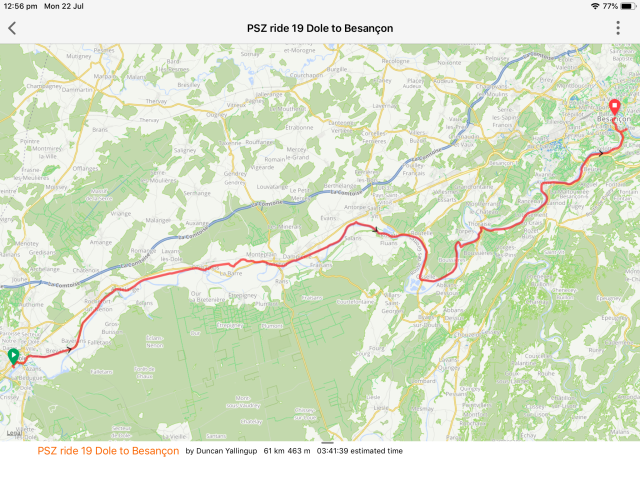 We set off at a decent hour – averaging 9.30am mostly. Speed has increased significantly due to quality of paths. At least we were able to make a sandwich from our breakfast spread and take that with us. We did manage to find a coffee but not until the afternoon.

We pass by many small houses, some shacks, all lining the canal and river. Some look like permanent residences and others probably weekend escapes. It wouldn’t be hard to sit for hours and ponder life watching cyclists and boats go by.

Many fabulous views from every turn, both canal and river. It’s warm and sunny but we are surrounded for the next three days by France’s second largest forest. High slopes on both sides ensure we have nature’s own air conditioning. Even when you are in full sun in the middle of the day, a cool gentle breeze descends upon you. It’s totally perfect for keeping you comfortable.

Just over half way, we come across Gene, who is sitting on a bench eating his lunch. He joins us and in a short while we find a quiet shady spot to eat ours. Later on we find a place that has been hosting a community lunch. Gene chats his way past a volunteer so we can get some coffee for a Euro each, in bric-a-brac cups.

Approaching Besançon, we can see the walled citadel, which seems unnecessary given how vertical and high the cliffs are. It was so expensive that when it was built, King Louis XIV questioned if it was made of gold. The approach was quite spectacular. No wonder Victor Hugo was inspired as would anyone living in this fabulous city. Such a shame we only had one night.

Arrived with Gene, cycled through the tunnel which was path and canal and arranged to meet Gene and his wife Kay for dinner. 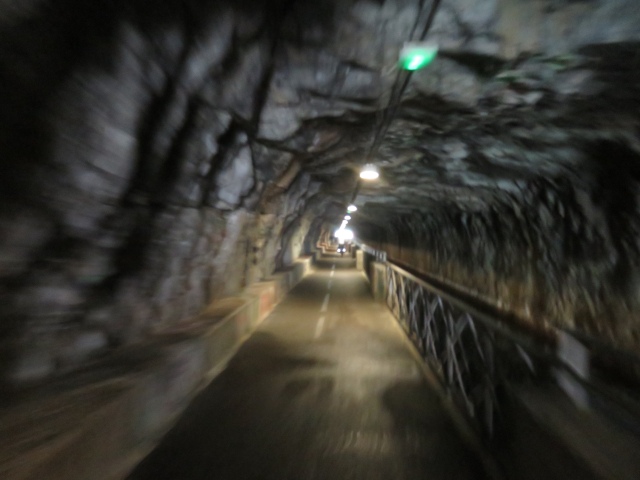 Checked into our very good hotel with aircon and a large bed, got organised and then did the walking route of the city. Marked with a clock because there is a museum of time. Is that a tautology?

Besançon is beautiful. Wolfe said it would be the best place we stay in two months, and it isn’t far off. Definitely worth a return trip. Lots of handsome buildings made from the local multi-coloured Stone. The centre is pedestrianised, and they even have a tram. And a Roman gate.

Being Sunday, difficult to find a restaurant open but found a great Brasserie eventually. Had a lovely evening swapping stories of cycling and life. 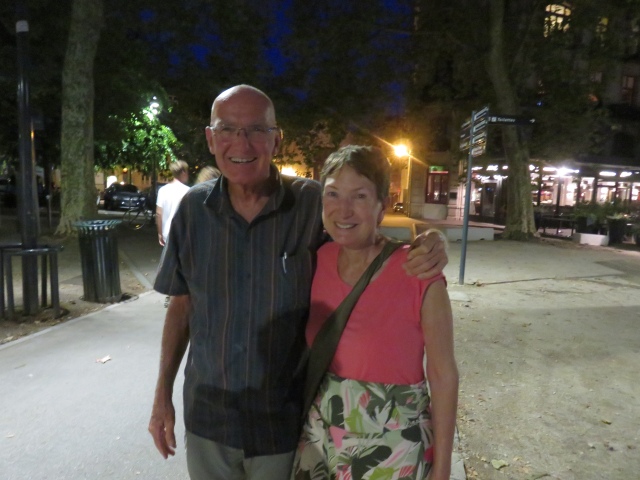 Good luck on the rest of your ride Gene. More great riding ahead – it’s just getting better everyday.